Networking Etiquette – The Most Annoying Habits to Avoid

It’s an undeniable fact that if you’re looking to grow your business, at some point you will have to attend a networking event.

Even though they are the most awkward, unnatural environments known to man, it seems that networking is a right of passage in a bid for business success, but they’re fraught with tricky social situations that if left unprepared can cause all sorts of embarrassment.

Whether it’s shyness or inexperience, we’ve listed the annoying habits to avoid when you pick up the courage to jump on the networking wagon.

There is nothing more irritating than seeing someone stuck to their phone throughout a networking event. You begin to wonder why they’ve bothered coming in the first place. If you’re too busy and important to give people your full attention you are instantly going to put people off from approaching you and inquiring about your business. By putting up this digital wall between yourself and everyone else, you’re only doing yourself a disservice and wasting your own time. Ensure your body language is open, and you keep your focus firmly on engaging with real people rather than the notifications on your phone.

Making it all about you
We’ve all been to those events where it seems particular individuals like to make the event all about them. You know the type.

You ask one simple question, and before you know it you’re getting their life’s story, and you stand there really wishing you could make up a good enough excuse to move away and talk to someone – anyone else.

Don’t be the leech of the networking party. Yes, you want to gain some contacts and you want to get your business name out there, but by only discussing yourself and your business you will not learn about anyone else, or understand how they can work with you in making your business a success.

Ask engaging questions about others, and ensure to listen to their answer. 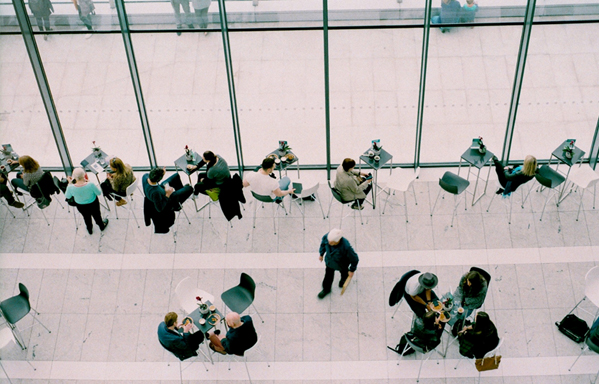 Being a card pusher
Don’t know their name but you’ve been shoved their business card before you’ve even had the chance to pour yourself a cup of coffee. These eager beavers are clear newbies to the networking circuit, with their abrupt impersonal style. And just like the plague, they tend to be avoided by the masses, apart from an inquisitive few daring enough to engage with them.

Business cards are an essential tool but don’t go handing them out like sweets. When you’ve finished having a conversation with someone, ask if you can have their contact details and in return give over yours. If you’ve got an interesting one, such as our USB business cards, the likelihood is, they’re probably going to be even more intrigued by you.

Buddying up
We know that networking events can be daunting first-time experiences, especially if you’re not overly confident talking about yourself. But avoid the trap of taking along a friend. Not only will you end up talking to them all night, but you will inevitably put off others from coming across and interrupting your friendly conversation, and therefore miss out on a wealth of networking opportunities.

Calling attention to the difference
Often in our forced attempts to cause a conversation, we can accidentally highlight differences, that otherwise would be classed as offensive in any other social environment. For example, highlighting someone’s unusual name may seem like a great way to lead into a discussion, but it could actually be quite offensive. Before uttering anything, think about what you’re about to ask, and what it would feel like if you were to be asked the same question.

There’s no doubt that networking events are a social minefield, but hopefully, by avoiding these common pitfalls, you’ll walk away feeling enlightened by great conversation and a long list of contacts.