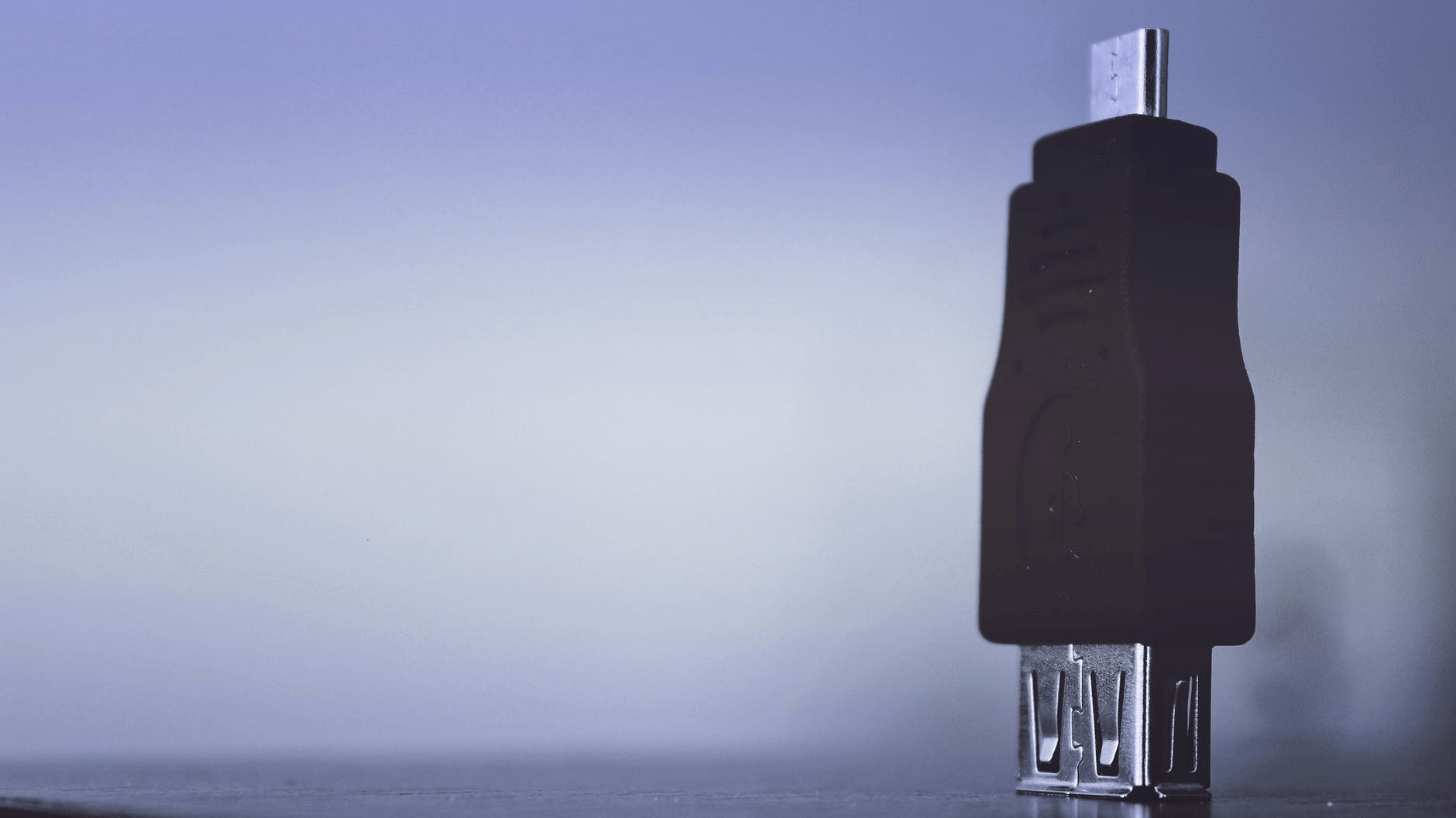 As the name suggests, the Universal Serial Port or USB is a widely used standard implemented in a wide variety of hardware devices.

In this piece, we’re discussing USB versions, connectors, and standards from USB 1.0 to USB 4 – which is expected to land later this year, or, more likely, early in 2021.

The beginnings of the USB specification can be found with the Implementers Forum; a not-for-profit organisation founded back in 1995. A group of businesses founded USB-IF, all of which with a vested interest in USB, most notably Microsoft, Intel, Apple, HP, Compaq, and IBM.

The USB-IF was assigned to develop, promote and maintain USB standards. These days, the organisation is widely expanding the adoption of USB On-The-Go, USB C, and the upcoming USB 4.

The primary purpose of the standard USB is for device connection and communication. The USB is increasingly functioning as a battery charger for supported devices through the increased power capacity of USB C and 4.

USB cables and ports can be found on many devices, in environments from work and school to home entertainment and gaming environments. These include computers, keyboards, mice, flash drives, televisions, cameras, smartphones, and tablets – the list is endless.

As you can see above USBs with speeds of above 480Mbps are classed as High Speed. Anything with greater speeds than 5Gbps is considered as SuperSpeed, and speeds that exceed even that are known as SuperSpeed+. 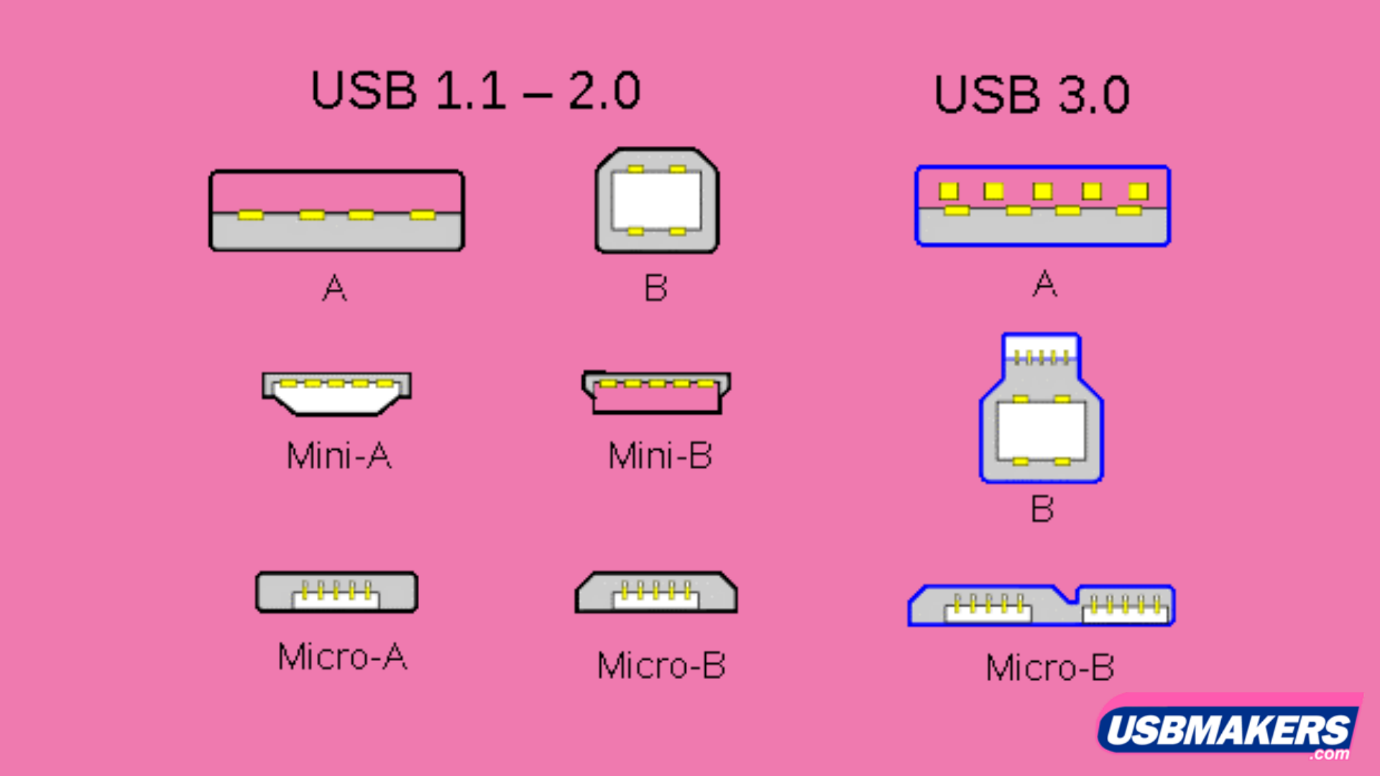 Type-A and Type-B connectors are supported by all USB versions from 1.0. Sometimes, these connectors can be colour coded. For example, USB 3.0 connectors are ordinarily blue, while 2.0 and 1.1 are black.

Officially known as Standard A, the Type-A is the most used and recognisable connector. The rectangular USB port is the one on your computer that connects your mouse, keyboard, and flash drives.

The USB-A socket is designed to provide a downstream connection, which is intended for host controllers and hubs. This is because the USB host will supply a 5V DC power on the VBUS pin. As such it’s quite essential to bear this in mind when purchasing USB cables since it’s safest to ensure at least one of the plugs is USB A. 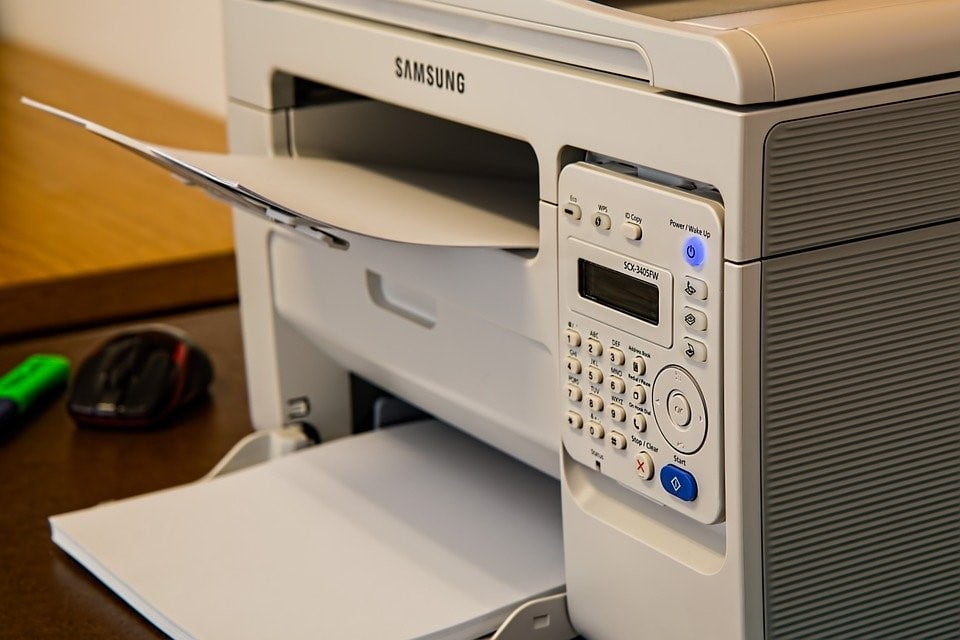 USB Type B connectors differ to Type-A in that they are square in shape, and most commonly used in printers and scanners.

Similar to the USB B connector, USB mini B sockets are used on USB peripheral devices, only those which are smaller. The mini B plug includes five pins, including an ID pin to support USB OTG functionality.

Initially, the Mini B was designed for early smartphones, but as they have become thinner and sleeker, the Mini USB plug has been replaced by the Micro USB. These days, Mini B is used for some digital devices, such as digital cameras, but in the main, they are no longer used on new products.

The micro USB connector is basically a smaller version of the Mini USB, which has allowed mobile devices to slim down while still retaining the ability to plug into computers and other devices.

The introduction of the USB-C saw a significant design change for USB connectors. USB-C connectors are more of an oblong shape, which means that whichever way you plug it in, it is the correct way.

Unless paired with an adapter, USB-C’s aren’t compatible with previous connectors, although they do support all previous USB versions. 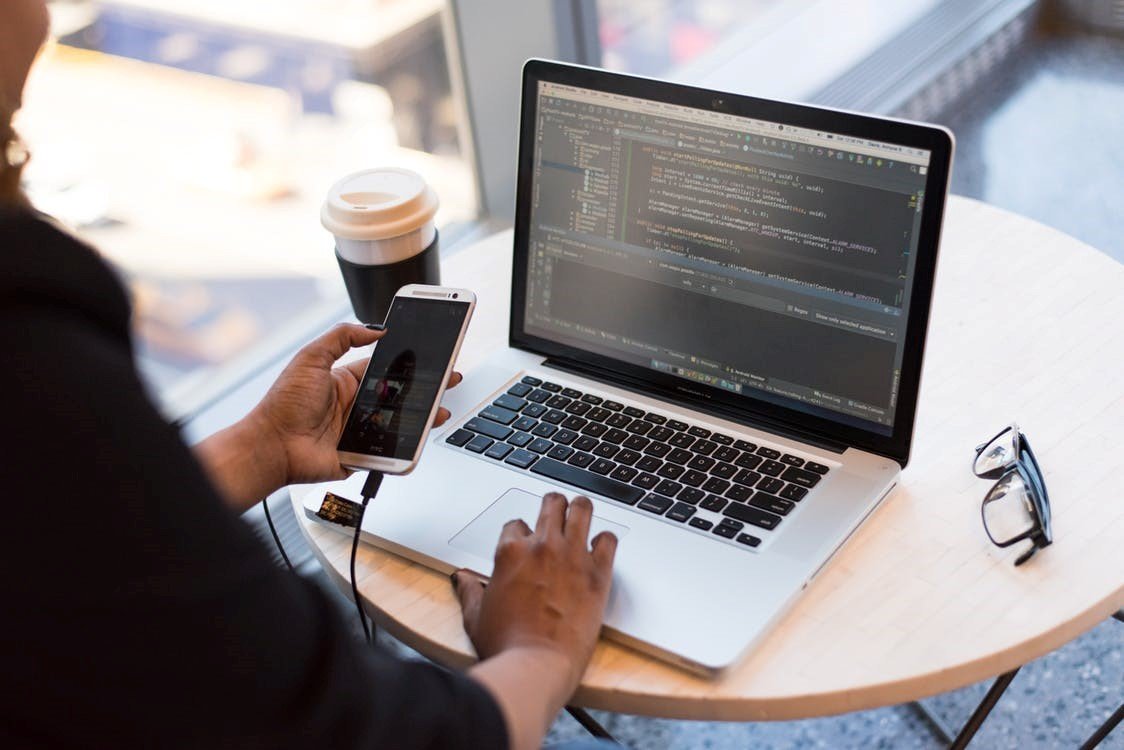 USB On-The-Go (OTG) is a connection type that allows a smartphone to read data straight from a connected USB device. This, in effect, turns the smartphone into the USB host, similar to that of a laptop or tablet.

USB On-The-Go allows the user to transfer media to and from a smartphone using specialised adapters or double-ended flash drives – those which include both Type-A and Micro-B plugs.

That being said, not every device supports USB On-The-Go, although it’s a common feature for new android devices.

The A-style 3.0 USB is commonly on host devices such as computers and other hardware; the connector is flat and rectangular in shape.

The plug holds the connection in place by way of friction, which makes connecting and disconnecting very easy for the user. Instead of circular pins, the connector uses flat contacts which are decidedly more capable of dealing with the stresses of plugging in and unplugging.

The connector is similar in size and shape to the standard A-type. However, the USB 3.0 A-type contains additional pins that aren’t found in the 2.0 and 1.1 A-type.

The USB 3.0 B-Type connector is designed to transport data and power in USB SuperSpeed applications. 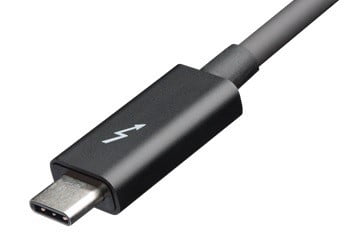 Thunderbolt is the brand name of the hardware interface manufactured by Intel to allow the connection of external peripherals to a device. Thunderbolt’s 1 and 2, used the Mini DisplayPort connection, while the latest Thunderbolt 3 uses the USB-C connector.

Formerly known as Light Peak, when it was first developed, Thunderbolt could transmit information in both directions at speeds reaching 10Gbps – twice the speed of the USB 3.0, which at the time wasn’t commonplace on modern computer systems.

Thunderbolt 2 combined the two lanes to achieve better speeds while moving data in one direction. Thunderbolt 3 uses the USB-C connector and can reach speeds of up to 40Gbps.

Future versions are thought to be able to transfer up to 100Gbps, although this development is probably a few years down the line.

At the moment, Thunderbolt is limited to a smaller range of systems. While it is an excellent feature to have if you’re moving massive chunks of data around regularly, for most of us, USBs are the better, more widely available option.

The desire for greater speeds and higher capacities is more important than ever. The digital world has become increasingly mobile in recent times, which is why we’re keeping a close eye on the development of USB 4.

It is thought that the speed increase will be in line with previous specs and we can look forward to an extra 10,000 MBps, which is ten times faster than both the 3.0 and Thunderbolt.

What still remains unclear though, is when we might expect to see the 4.0, although as we already touched upon, we could perhaps see something later this year, or more likely the beginning of next.

USB 4.0 will incorporate faster transfer speeds, greater power delivery, and better data stream management than any specification that has come before.

The most significant difference everyone will notice is the huge jumps in USB speeds, which, depending on your devices, can increase speeds from 100% to 700%.

The Universal Serial Bus has seen a vast array of upgrades since its initial launch in 96. Each standard, version, and connector up to the USB 4, has driven us closer to a universal multi-purpose connector.