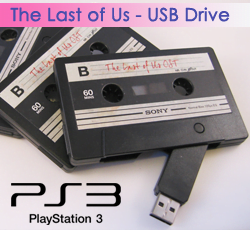 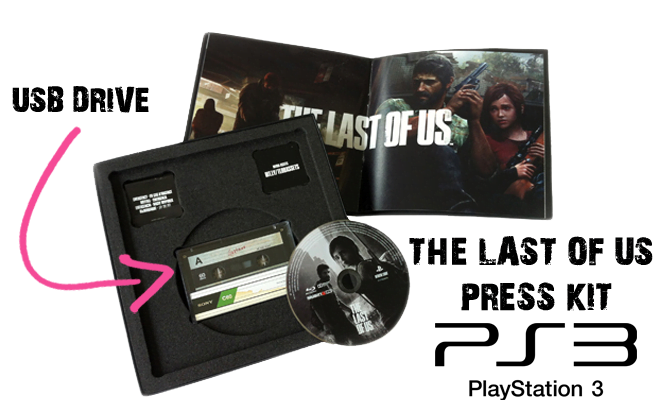 Our client also required some data to be preloaded onto the USBs in the form of the mp3’s from the OST of the game. The Last of Us Press Pack has been well received by the gaming press. It was reported on one website a guy actually thought the audio cassette was real and popped it into his cassette player in his car (must have been a retro car!) Some people who have received the Press Kit in the gaming industry have already started to put them eBay – one selling recently for £260, and we also saw on a PS3 fan site someone offering $800 (£500) just to get the hands on the ‘The Last of Us’ Limited Edition Press Kit.  We toughly enjoyed working with the client on this branded USB memory stick for the Press Kit and being part of a fantastic piece of product.