History of the USB Flash Drive

USB’s have had a long and winding road over the past 30 years, with multiple types of flash chips, it is not widely known how far we’ve come since they were first created and what impacts each type of Flash has. We’re here to help clear things up a bit and give customers a better insight as to how the USB we know today has developed over the years.

Technology has come a long way since the creation of the first Nand Flash Chip. It is amazing to think that just 15 years ago, we were still using Floppy Disks for storage! Join us on a journey through time to discover the history of the USB drive.

Flash Memory was designed by Fujio Masouka who was working for Toshiba at the time. He created the original EEPROM (Electronically erasable programmable read-only memory). The name “flash” was suggested by Shoji Ariizumi, Masouka’s colleague because the erasure process of the contents reminded him of the flash of a camera. Masouka introduced Flash memory in 1884 to the industry at the International Electronics Developers meeting, where Intel took a lot of interest.

Mousaka began creating Nand Flash Memory (this is what we know USB’s to be now). However, tension began to build between Mousaka and Toshiba as they prefered to invest their time and focus on Dram. Intel Shortly took the lead for Nand Flash Memory where Toshiba had failed to. 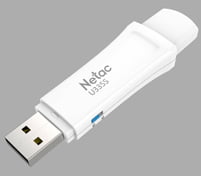 In 1999, USB 1.0 and 1.1 was invented and released. With much dispute as to who actually invented these, the following are amongst many who claim to have invented these.

M-Systems, an Israeli company, Pua Khein-Seng, also known as the “father of pen drive”, a Singaporean company and Netac Technology, a Chinese Company.

It is said that USB drives and Ports were invented to eliminate the number of cables needed to connect devices.

Ajay Bhatt, a computer Architect from Intel is credited with developing the standard USB interface. Bhatt and his team thought that there must be an easier way to add devices and accessories to your computer, e.g. Mouse and Keyboard.

USB’s really came of age when USB 2.0 was created, not at 480 Megabytes per second. With increasing popularity, companies began placing USB ports at the front of their devices. Eventually, USB drives started to replace optical media such as CD’s, DD’s and Floppy Disk’s

Sony released Play Station 2 with USB ports in 2002. These were used for controllers, Motion Camera (Eye Toy), Trackball and other accessories.

Competing with Sony, Microsoft released their new Xbox 360 with USB ports. However, unlike Sony, they only placed these ports in the back of the console. Microsoft has also started calling USB Flash Memory “USB Flash Drive” as we know it now.

Earlier on in the year, Sandisk and Windows announced that select Flash Drives from Sandisk, with capacities of 1Gb or more are compatible with Windows ReadyBoost. ReadyBoost is a software that can speed up your system by storing application files and data as cache in a USB Drive.

USB 3.0 was released! Often coloured blue in its connector, this adds extra speed of up to 5Gbps. Integral USB 3.0 Drives are backwards compatible with USB 2.0 ports. Unlike previous versions where data can only be sent in one direction at a time, USB 3.0 can read and write data simultaneously. USB 3.0 users can save up to 1.5 hours when transferring larger files as opposed to when using USB 2.0.

256Gb Flash Memory was invented. This can store up to 54 DVD’s worth of cinematic entertainment, or if movies aren’t for you, roughly 51,328 images (based on 10Mp per image).

At the start of the year, 512Gb came on the market. However, later on in the year, this was a thing of the past as the announcement of the whopping 1Tb drives were released. 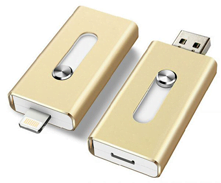 OTG (On The Go) USB’s, for smartphones, are released. These are available as Type A, Type B, Type C and even some as Lightening Cables. This allows mobile devices to connect directly to supported devices.

According to a stat in 2015, there were over two billion USB 3.0 devices on the market

Some Manufacturers also announced/released the new generation USB 3.1 with Type C speeds of around 530Mbs.

A new poll was implemented with the following results:

8Gb – 256Gb are the most frequently sold and sought after Nand Flash Drive. However, 512Gb – 1Tb are the least purchased of all the capacities in the market! In April 2016, it was reported that almost all devised had at least one USB 3.0 port.

The announcement and release of 2Tb drives have been made. Although almost twice as thick as a standard USB Drive, with 3.1 Generation, these are capable of containing 34,000 hours of music, 1,000 hours of video or 32,000 pictures.