The Future of Storage on Printed USB Flash Drives 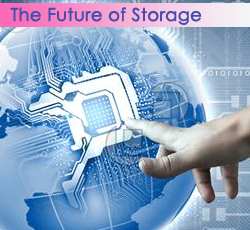 The progression of technology in the digital era is accelerating at an increasing rate. Printed USB Flash Drives are at the pinnacle of consumer technology, being one of the most sought-after promotional tools in the current market. The technology inside them is growing at an equal rate, as file size requirements are ever increasing. Currently commonly seen sizes such as 1Gb are commonplace, however, developers with the foresight to predict the development of Flash Memory have already begun development of significantly larger capacities for the eventual integration into mainstream USB capacities.

USBs have come a long way in regards to the capacity that they can hold, from the point of 64Mb. With each new standard USB drive capacity, the capacity doubles, 64Mb became 128Mb, which became 256 etc. all the way up to the current, regularly commercially available size of 16Gb. At the Consumer Electronics Show 2013, Kingston Digital Inc unveiled a 1Tb USB Flash Drive.

In regards to memory sizes as a whole, the commonly heard of ‘terabyte’, the highest capacity one would hear ‘thrown around’ has four sizes larger than it in existence already, the Petabyte, the Exabyte, the Zettabyte and the Yottabyte, the last of which has only been implemented in large government security facilities. What this tells us is that data capacity on Printed USB Flash Drives and as a whole has barely touched the tip of the iceberg of what is possible, with larger capacities becoming more and more regularly available in smaller and smaller sizes, it is perhaps only a matter of time before larger capacities are available. To put things into perspective, a petabyte, the next ‘byte’ above a terabyte is a thousand times the size of a terabyte, giving a petabyte the power to play music for 2,000 years continuously. If one were to lay out a petabyte’s worth of photos side by side it could circle the equator twice.

USB Makers offer capacity sizes from 128Mb to 64Gb, and whilst it will be a long time before we offer 1Tb Printed USB Flash Drives, it’s interesting to consider the progression that has been made in the field of USB Flash Memory, indeed whilst a 1Tb Flash Memory Drive may seem the stuff of fantasy, it is undeniably inevitable when one considers the progression in capacity size that has already been made.

Whilst a 1Tb Flash drive is possible, its availability to the general public is a different matter. Dependant entirely on factors of practicality. Is it cost-effective to produce such a drive? Or Is its data size even required? These two questions give the third question of whether it is commercially viable. Currently, file sizes are small enough that a Terabyte is not required wide-spread, especially for promotional purposes. However if one considers the requirements for a floppy disc to be successful twenty years ago, it’s not hard to imagine that terabytes and larger will one day be required of USB Flash Memory.